Let us describe the latest additions in Easy2Convert image software briefly, but with more details than a bare changelog has. Few fancy images will dilute the plain text and help us to demonstrate each new feature in-action.

The major additions during the latest software update (for PRO and IMAGE converters) are: Unicode support for filenames, command-line support and few color manipulation routines (brightness, contrast, gamma, image invert). Let’s get through with each…

Previous versions of our image converters worked with standard ASCII encoding only. You could convert files with folders/filenames in Latin (for example, “c:\images\myphoto.bmp”) without problems. But trying to convert image with a filename in non-Latin national language (Japanese for example, “c:\images\幸福な.bmp”), would produce an error and no result in form of a converted file obviously. Unicode support solved that issue. Now you may convert files in any national languages or use extended characters symbols in a filename.

CLI (command-line interface) is a great feature for automation and custom integration. We’ve been asked many times when this option would be available in our software. Well, now you have all the power to convert your images without GUI and integrate Easy2Convert software into your image processing environment. You just need to put a line with corresponding parameters into your batch script and that’s it!

Often you may need to tweak of fix your images slightly before conversion. Increase brightness or contrast, do gamma correction or even invert picture. Few color manipulation options (brightness, contrast, gamma, image invert) have been included into the latest release of our image converters to extend your abilities to edit images inside a single program. 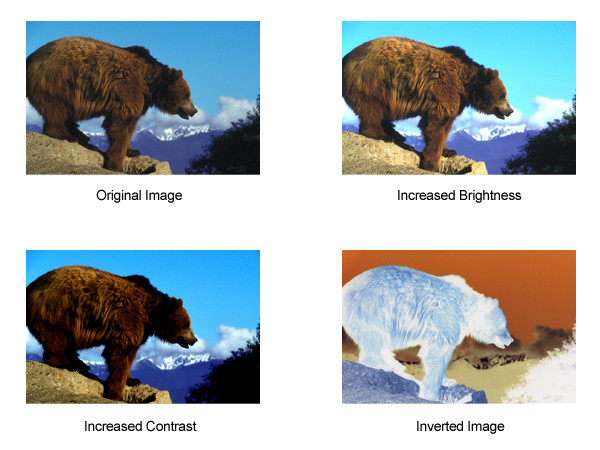 Please, let us know which image options you also need, what kind of features you’d like to see in the software. We’re open for any suggestions.